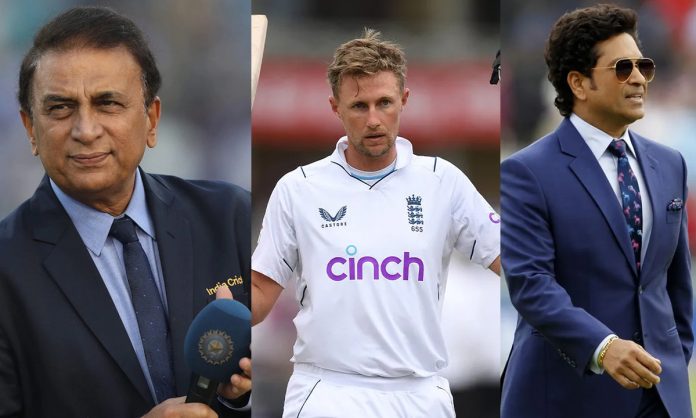 Former India batter Sunil Gavaskar reckons that Sachin Tendulkar’s record for most Test runs is “insurmountable” but also feels it is not impossible for Joe Root to get there since he has the age on his side. He added that the Englishman can break the record if he can maintain his enthusiasm and carry on. Gavaskar gave the examples of Courtney Walsh and Richard Hadlee, who have 519 and 431 Test wickets respectively, saying how people thought their records for most wickets were going to be untouched, and yet we are well past that today. However, the 72-year-old feels that it is very difficult to break Tendulkar’s record.

Gavaskar, in 1987, became the first batter to break the 10,000-run barrier in Tests. Joe Root, earlier in the month, became the joint-youngest batter to complete 10,000 runs in Tests, alongside his compatriot Alastair Cook. “That [Sachin Tendulkar’s Test tally] is an insurmountable record because we are talking about another almost 6000 runs, which means you would have to score about 1000 runs or 800 runs over the next 8 years for you to get there,” Gavaskar stated. Root currently stands 12th on the list of highest run-getters in Tests and second for an Englishman. Gavaskar said that mental tiredness could also be a factor for Root, which could lead to a dip in form, going forward.
“Alastair Cook retired but he is still playing first-class cricket. Sometimes, if you are playing around the clock, your form can also drop because there is mental tiredness that comes in. The root is scoring 150+ scores but it can take a toll on him, mentally and physically,” said the ex-India skipper.

“Anything is possible in the game. We first thought Richard Hadlee’s 431 wouldn’t break, but that was overtaken. Then we thought of Courtney Walsh’s 519… So, I mean look where we are going. (It is) not impossible, but very very difficult,” added Gavaskar. Root has played 118 Tests for England and is regarded as one of the best batters of all time. He currently stands second in the ICC Men’s Test Batting Rankings behind Australian Marnus Labuschagne.