Suniel Shetty Appreciated Hardik Pandya After The End Of The ODI Series Against England. 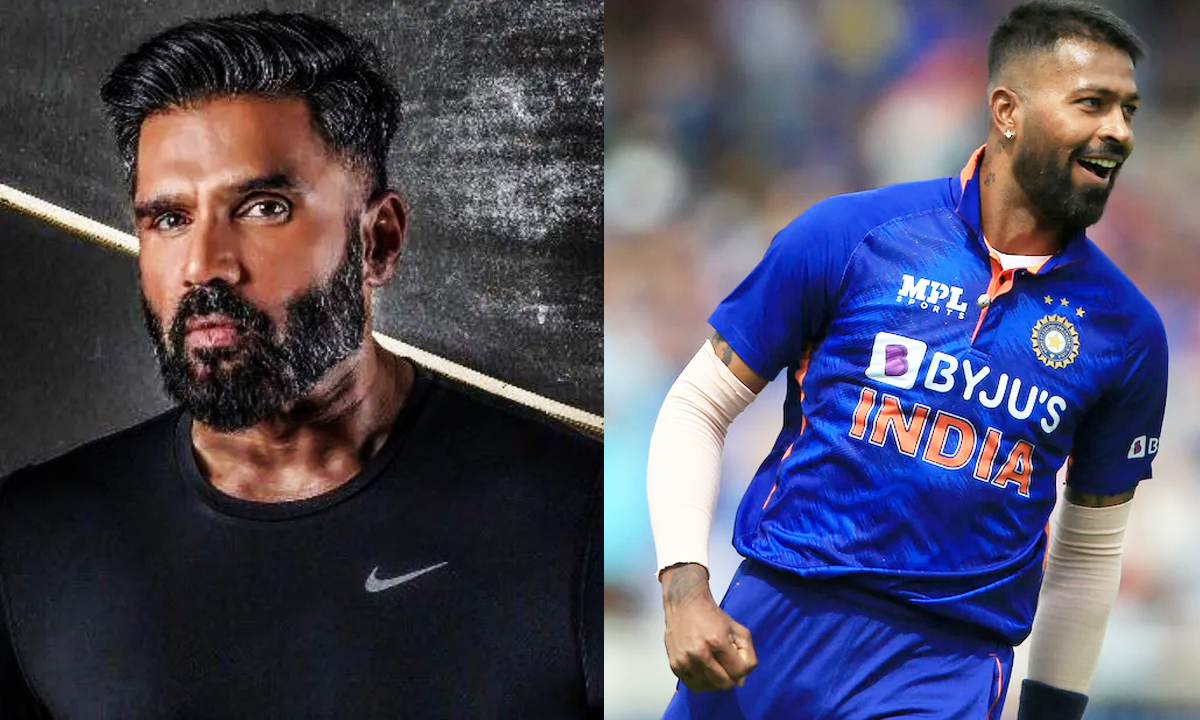 In the 3rd ODI match, all-rounder Hardik Pandya contributed around 71 runs by hitting 10 fours in the 3rd ODI match on July 17th, 2022, against England. And he has also taken four wickets in 24 bowls, as the pacer of India, Jasprit Bumrah, was not in the game at that time, as he was suffering from back pain before the start of the 3rd ODI match on July 17th, 2022.
Similarly, Rishabh Pant’s performance in the third ODI match inspired the Indian crowd, as he contributed around 125 runs with 16 fours and two sixes, helping India win by 5 wickets. He has proudfully dedicated his reward as player of the match to the senior coach of India, Ravi Shastri.

Suniel Shetty, a Bollywood actor, was impressed with him as he returned from injury after a one-year break in cricket. You are really inspiring people in cricket. The young cricketers of India will get some good inspiration from you [Hardik], says Suniel Shetty.

Hardik Pandya has had to fight his way back in his cricket career after being injured in the IPL 2021 season and unable to bowl fluently in T20 matches last year. And the medical team has advised him to be on bed rest for one year. And after one year, in 2022, Hardik Pandya returned to his form in cricket and also won the IPL 2022 trophy for Gujarat Titans, as captain of the newest team.

After achieving the first goal of winning the IPL in 2022, Hardik Pandya has announced his second goal of winning the T20 World Cup for India, which will start in the month of October 2022. And there is no doubt that the all-rounder Hardik Pandya is capable of doing well for his country’s cricket team. Fans are desperately looking forward to seeing the T20 World Cup and also want to see what Hardik will do for India in such a tournament.

Facebook
Twitter
Pinterest
WhatsApp
Previous articleFormer England Skipper Highlighted That India Needs To Learn From The Past 
Next articleYuvraj Singh praises Rishabh Pant for performing well in the one-day series against England.