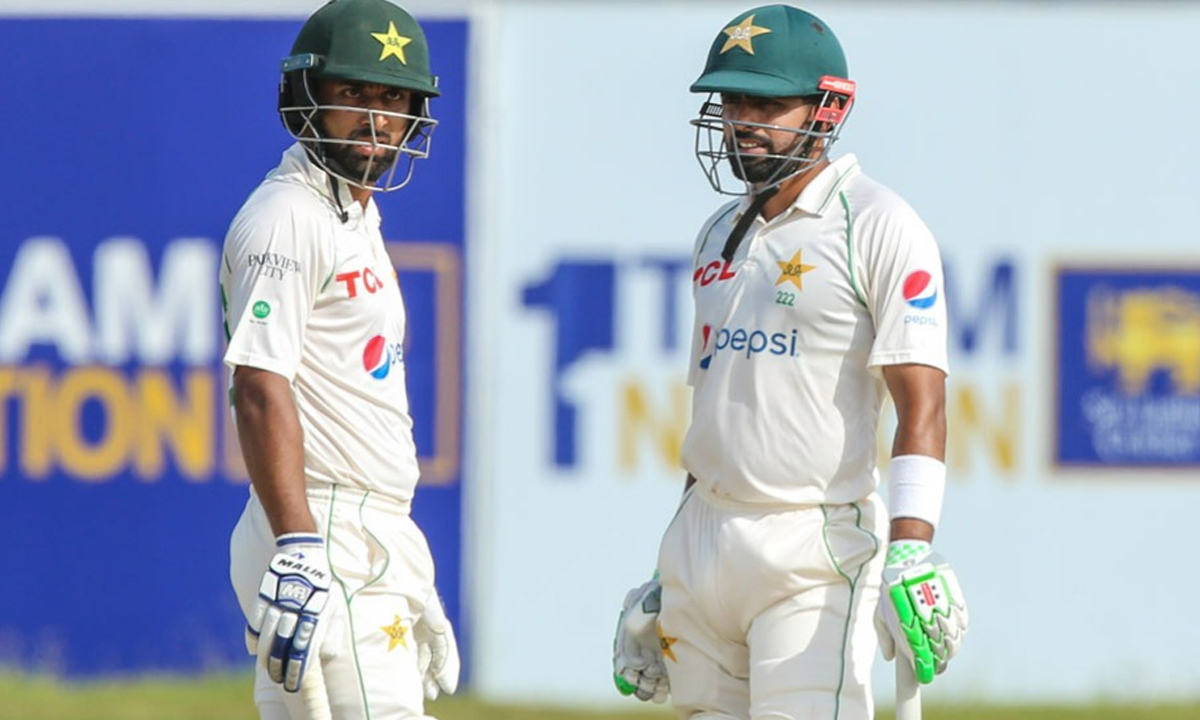 Pakistan completed a sensational victory in the first Test match against Sri Lanka in Galle. The visitors registered the highest chase at the venue as Abdullah Shafique starred for Pakistan with a sensational batting display on a tricky surface. The Pakistani batter received praise from his skipper Babar Azam after the match, labeling his show classy When Sri Lanka set a target of 342 on a challenging surface at Galle, they were the outright favorites to clinch the series opener with almost two days remaining in the match.

But Test cricket has recently seen a trend of teams chasing relatively high scores in the fourth innings, and Pakistan contributed to that trend. Shafique came to the fore for the visitors and remained unbeaten on 160, shouldering his team to an unprecedented victory. His 101-run stand with skipper Babar was crucial for the side as the pair frustrated the Sri Lankan bowlers with their impeccable technique against the spinners.

The young skipper lavished praise on the batter along with young Naseem Shah, who showed tremendous grit in the first innings in a partnership of 70 runs for the tenth wicket with his captain. “First innings we did well with the ball. I should thank the tailenders for the support they gave me, especially Naseem Shah. We know how to play spin, so we believed. I and Abdullah were just trying to build a partnership. As a youngster, he is showing a lot of class. It is really pleasing to see him perform well,” Babar said in the post-match press conference. Meanwhile, the man of the moment, Shafique, revealed his experience in the middle and congratulated all his teammates.

He also stated the threat the Sri Lankan spinners posed with the new ball, which was assisting them with extra bounce and sharp turn. Pakistan was in a spot of bother in the latter stages of the chase, but the youngster showed nerves of steel and guided the team to an impressive victory in the series opener. “I am happy that we were able to chase. Congratulations to the entire team for this record chase. Our plan was simple, we had to go and get the runs. It wasn’t easy (to bat) but with time it was easier. Spinners with the new ball were slightly tough to play. Babar is one of the best in the world. We have learned so much from him. I enjoyed batting with him in the middle,” said the young batter.