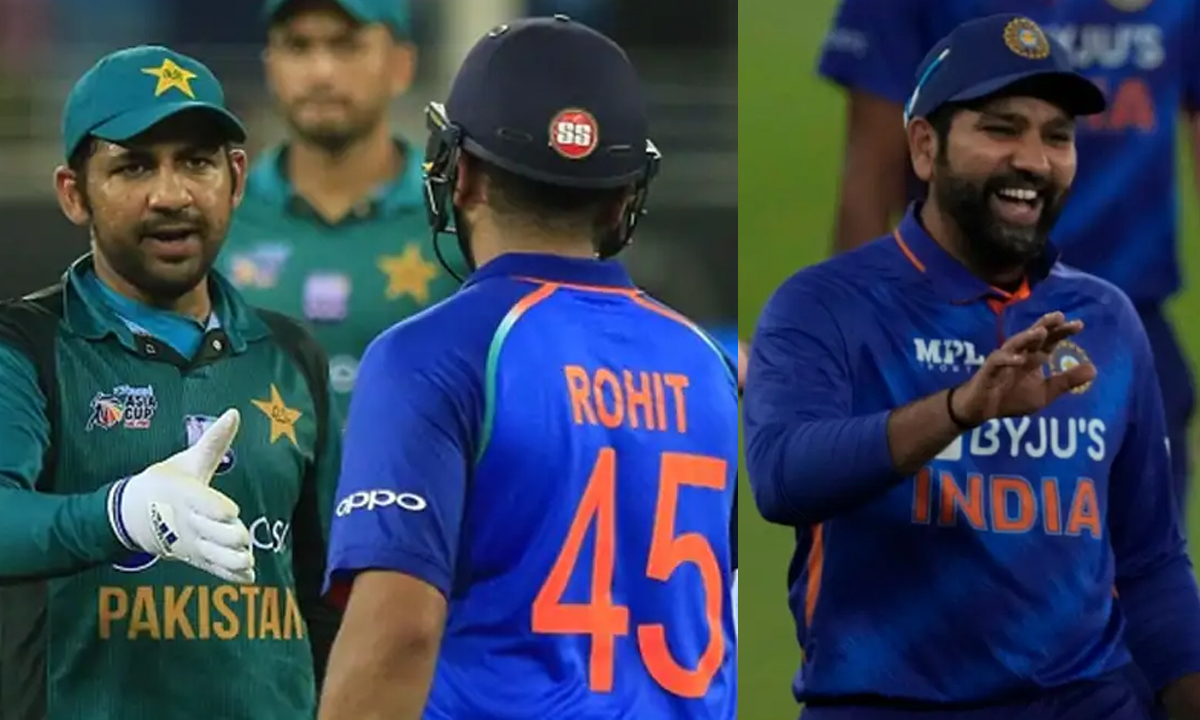 Rohit Sharma has not been able to regain his prior form in either of the first two games of the Asia Cup 2022. He smashed 21 off 13 balls against Hong Kong after scoring 12 off 18 against Pakistan. In addition to serving as the team’s captain, Rohit also serves as their top opener. He did not play well in the IPL, and his recent T20I form has not been fantastic either. The team will undoubtedly feel more pressure if the trend persists. After India’s 40-run victory over Hong Kong on Wednesday, former Pakistan cricket team captain Mohammad Hafeez made some pointed remarks on Rohit’s captaincy in this regard.

In a discussion on PTV Sports, Hafeez first asked to play a video clip of Rohit leaving the field post the win over Hong Kong, and then said this: “You see Rohit Sharma’s expression after winning the match. This expression happened after India won by 40 runs. I had talked about Rohit Sharma’s body language, when he came out to toss, he looked weak, he seemed afraid, and confused. I am not being able to see Rohit Sharma, whom I have observed during matches playing incredible innings. I think captaincy is putting a lot of pressure on Rohit. He is facing a lot of difficulties.

“His form is in the decline. He had a poor IPL, after that his flow is missing. Plus the pressure of India. He is talking about a lot of things like the brand of cricket, playing positively, this and that but not reflecting by his own body language. It’s easy to talk, but to do it is difficult. It’s not my prediction, but my opinion is that going forward, it will be difficult for him to continue leading. He might not be able to lead for a long time. I have always seen Rohit enjoying and expressing himself. Now, he is not expressing himself. Maybe he is lost in too many things. I feel sorry for him. I feel either he himself or the Indian think tank will decide on the matter.” India next plays on Sunday in the Super 4 against the winner of the match between Pakistan and Hong Kong.